Some of Hollywood’s biggest names turned up to Flushing Meadows to watch Serena Williams play her last ever U.S. Open.

Williams, 40, revealed she plans to retire after this grand slam to focus on her family and other business pursuits.

The tennis star defeated Montenegro’s Danka Kovinić in straights sets in her opening match as a slew of A-Listers watched on.

The Wolverine actor seemed very excited to be there and was spotted taking photos with his smartphone as Williams entered the arena. 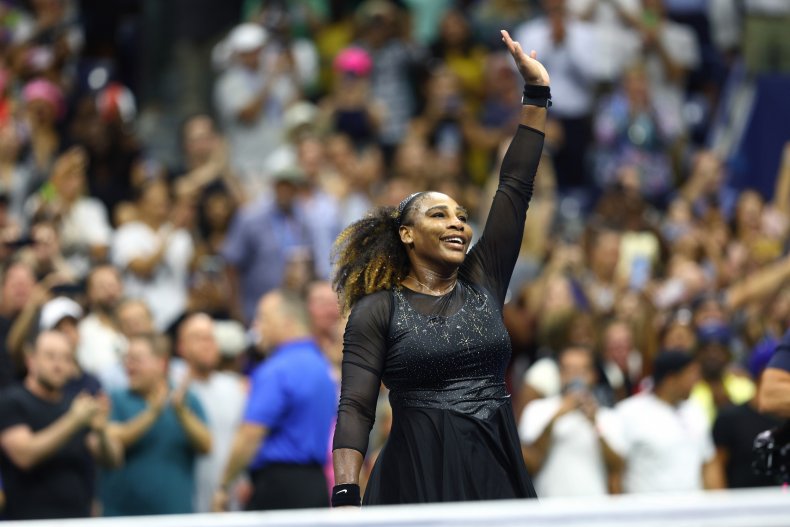 Other big names in attendance included Vogue editor Anna Wintour in whose magazine Williams announced her intentions to retire.

Actress and rapper Queen Latifah cheered Williams on from the stands wearing a t-shirt with “GOAT” [greatest of all time] emblazoned across the front.

The pair held hands and smooched throughout the game after they were forced to go public with their relationship earlier this year, when an Australian newspaper was accused of outing her.

Another famous face who brought their other half to the game included Bella Hadid who was there with boyfriend Marc Kalman.

The pair enjoyed snacks and beer from the concession stands while they chatted to rapper Offset who was sitting beside them.

News anchor Gayle King sat beside actress Laverne Cox before heading down to the court to interview Serena live.

Following her first round victory, Williams told CBS Morning’s King that the crowd was so animated that it “really helped pull [her] through,” adding, “I was really pumped. I was like, ‘Yes, I got this.'”

A specific time for their match has not yet been confirmed by the tournament organizers.

These ‘zombie worms’ feed on bones deep in the ocean