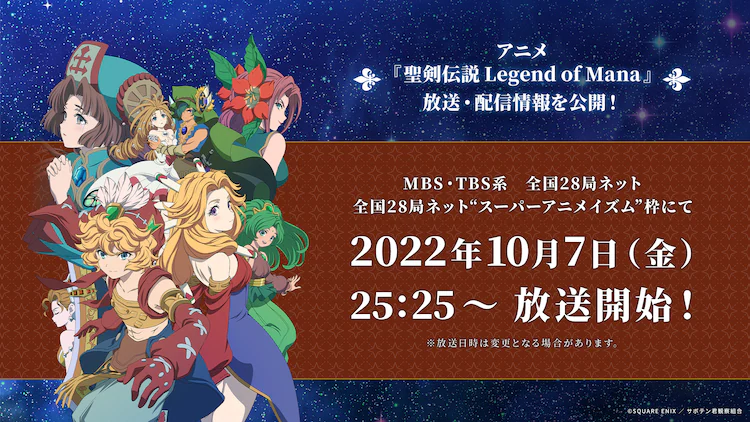 Another glimmer of information was carved in to the Legend of Mana -The Teardrop Crystral- TV anime today, because the upcoming fantasy series revealed an October 7 at 25: 25 JST (October 8 at 1: 25am) premiere with the release of a fresh commercial and much more additional cast members.

The newly announced additional cast is really as follows (from left to right):

In line with the 1999 RPG produced by Square, Legend of Mana-The Teardrop Crystal- has been directed by Masato Jinbo (Restaurant to some other World), who also serves as series composer, at studios Graphinica and Yokohama Animation Lab, with character designs by Taro Ikegami (Lapis Re:LiGHTs) and music by Yoko Shimomura (Hi Score Girl).

Der shy man behind @Shymander, Liam is really a timezone-fluid Aussie with a definite fondness for anime, Eurovision and creating odd stats projects despite hating math.