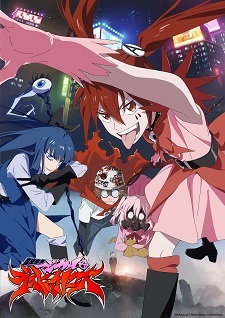 The anime project was originally announced in May 2021. Known for his underground art and music, Inagawa is credited as the character designer as well as writer for the anime project.

Auburn football vs. Penn State: Our final score predictions are in.

HANDSTANDS AT 100mph: 2nd ANNUAL GET TOGTHER
29 mins ago