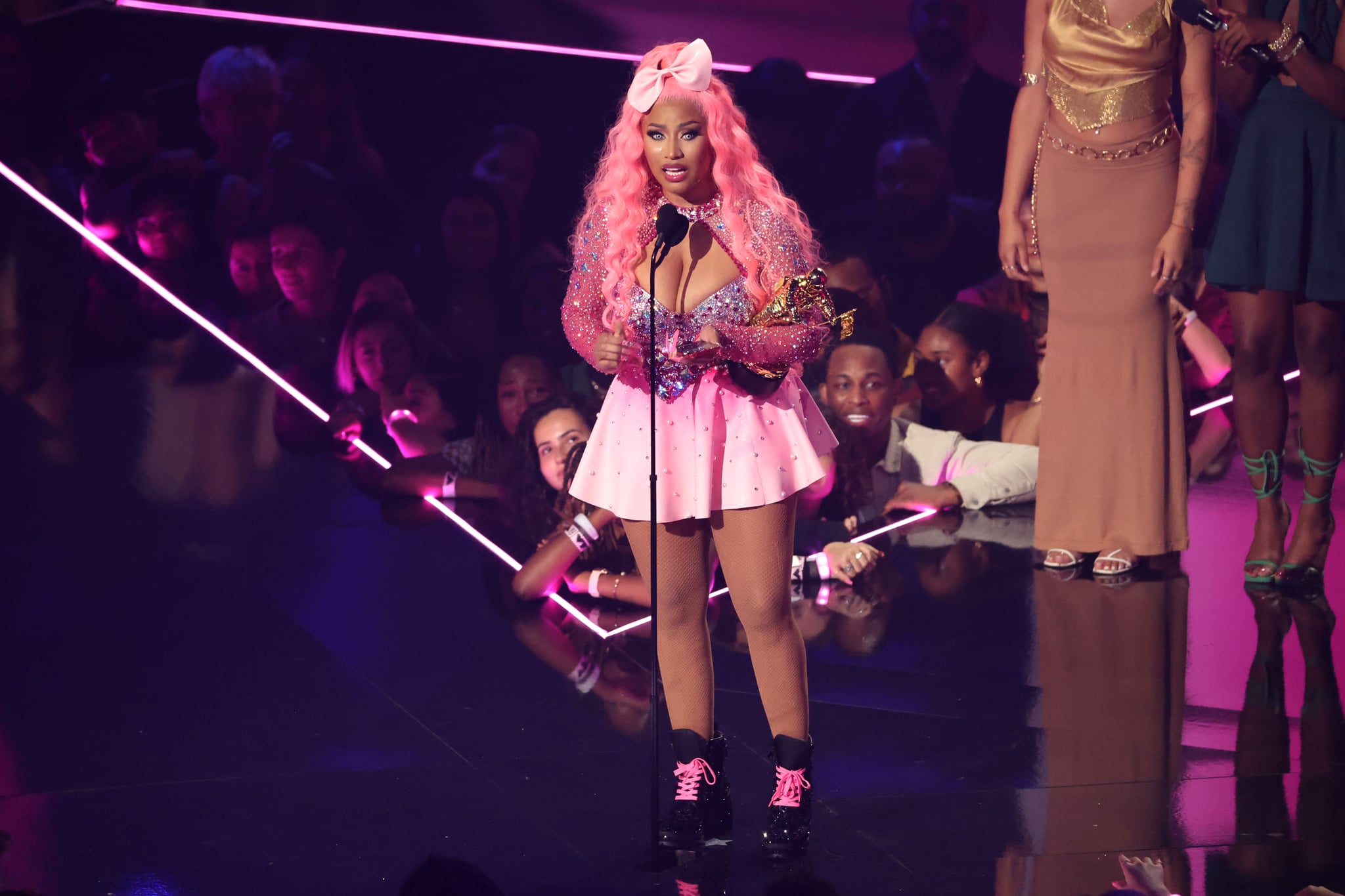 Nicki Minaj gave her son a sweet shout-out on Sunday, Aug. 28, through the MTV Video Music Awards. Minaj, who served being an emcee at the ceremony alongside LL Cool J and Jack Harlow, accepted the Video Vanguard Award and performed a medley of her hits.

By the end of her acceptance speech, Minaj told the crowd at the Prudential Center in Newark, NJ, “I’ve a fresh baby; his name is Papa Bear.” She continued, “Papa Bear, I really like you so much. Mommy loves you so, so, so much.”

Papa Bear, who Minaj shares with husband Kenneth Petty, was born in September 2020. She’s not publicly shared his legal name. Minaj recently revealed that she is going to to push out a docuseries about her life, so maybe we’ll see a lot more of Papa Bear if it is released.

The proud mom also just hit another major milestone in her career. Her newest song, “Super Freaky Girl,” debuted at No. 1 on the Billboard Hot 100 chart. She’s the initial solo woman rapper to debut in the very best spot since Lauryn Hill achieved it back 1998 for “Doo Wop (That Thing).” The song is Minaj’s third No. 1 single overall. On Aug. 23, the “Super Bass” rapper shared a video of balloons outside her house to celebrate the song from the team at Republic Records. In the clips, Papa Bear runs through the balloons, using them. She wrote partly, “Mama loves you papa bear. You make each and every moment worthwhile.”

Johnny Depp Appears as a Moon Person Through the VMAs