Indian traders have reportedly been settling payments for Russian coal in currencies other than the U.S. dollar — including the Chinese yuan, the Hong Kong dollar, the United Arab Emirates (U.A.E.) dirham, and the euro — in an effort to skirt Western sanctions imposed on Moscow in recent months in response to its latest war with Ukraine, Reuters reported on Wednesday.

Detailing the phenomenon on August 10, the news agency reported:

In June, Indian buyers paid for at least 742,000 tonnes of Russian coal using currencies other than the U.S. dollar, according to a summary of deals compiled by a trade source based in India using customs documents and shared with Reuters, equal to 44% of the 1.7 million of tonnes of Russian imports that month.

The yuan accounted for 31% of the non-U.S. dollar payments for Russian coal in June and the Hong Kong dollar for 28%. The euro made up under a quarter and the Emirati dirham around one-sixth, the data from the trade source showed.

News that Indian companies have increasingly bought Russian coal with currencies other than the U.S. dollar comes shortly after the Reserve Bank of India announced on July 11 that it would allow importers and exporters to settle trade in rupees. The rupee is best known as the official currency of India. It is also used by other South Asian countries (Pakistan, Nepal, and Sri Lanka) and by the Indian Ocean island nations of Seychelles and Mauritius. The Reserve Bank of India’s decision last month to allow non-U.S. dollar settlement was expected to facilitate easier trade between India and other nations, especially Russia. 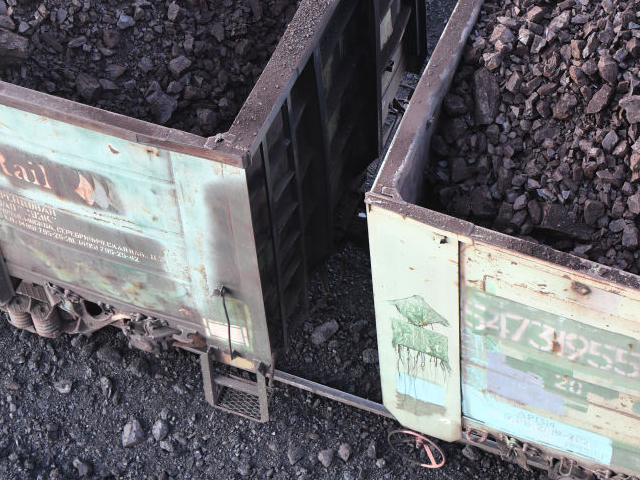 A view from the Borodinsky coal mine, which is an opencast coal mine, operated by SUEK, producing 22 million tonnes per annum, next to the village of Borodino, in the Rybinsk district of the Krasnoyarsk region, Russia on April 19, 2022. (Photo by Alexander Manzyuk/Anadolu Agency via Getty Images)

“I see in the next two months $8-$9 billion of trade with Russia and Sri Lanka,” he predicted at the time.

“Russia became India’s third-largest coal supplier in July, with imports rising by over a fifth compared with June to a record 2.06 million tonnes,” Reuters observed on August 10.

“India has aggressively stepped up purchases of Russian oil and coal since the war in Ukraine began, helping to cushion Moscow from the effects of sanctions and allowing New Delhi to secure raw materials at discounts compared to supplies from other countries,” according to the news agency.

Washington began imposing sweeping financial sanctions on Russian companies and entities in late February. The U.S. government led its political allies to participate in the coordinated campaign against Moscow in an effort to punish Russia for launching its latest war with neighboring Ukraine on February 24. The sanctions continue to unfurl today and have inspired Asian countries, including India and China, to adopt alternative transaction methods as a means of maintaining business ties with Russian companies.

Police: 5 California killings could be work of serial killer
10 mins ago

Police: 5 California killings could be work of serial killer